Today is election day in the United States of America. 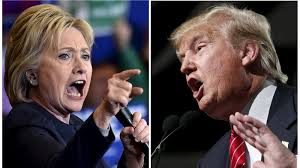 Sparrow Chat has refrained from commenting recently on the candidates hoping to occupy the White House. It matters not one jot who eventually succeeds, both are equally bad for the people of America, and the rest of the world. Trump is a narcissist, who sees the presidency as the final pinnacle of all out power; Clinton is a corporate pawn enmeshed in the power-politics of big business. The people’s needs are not a part of either candidate’s remit.

The next occupant of the White House will merely be a mirror of the declining democratic society in the U.S.A. and the upsurge of corporate/military control (Eisenhower’s infamous ‘military-industrial complex’). As such, there’s little room for further logical analysis or comment.

There are few politicians in the world today worthy of praise, but one cannot overlook the Scottish Parliament’s First Minister, Nicola Sturgeon, who is fighting both for her country (Scotland) and its people, over the concerted efforts of the British Prime minister and her cohorts to extricate the U.K. from the European Union.

It may not be generally realised outside Britain, but the vast majority of its people’s representatives (MPs) from both parties have always been in favour of remaining in the E.U.. The referendum decision to leave (Brexit), by the slim margin of 52% to 48% was a people’s decision based not on the merits, or otherwise, of its E.U. membership but as a protest vote against a British government that had long supported the wealthy and powerful, leaving the middle classes to flounder financially.

If this sounds a note of familiarity, it’s because the British government is following to the letter the antics of an American Congress steeped in corruption, allied to the lobbyists of the corporations, and hellbent on steam-rollering its way out of democracy and into the Super-capitalist corporate state.

For Theresa May and close colleagues like Liam Fox, David Davies, (and not to forget the newly appointed Lord Chancellor, Liz Truss, who is the third consecutive politician with no legal qualifications whatever, to hold office as head of the Ministry of Justice and Secretary of State for Justice!), Brexit has come as a welcome opening to further follow the U.S.A. down the slippery road to corporate control. Freed from the shackles of European legislation we can expect trade deals galore that, like the Trans Pacific Trade Partnership, will be heavily weighted in favour of big business.

Nicola Sturgeon, it seems, is not happy to oblige. Her Scottish people voted in favour of remaining in the E.U. by a whopping 62% to 38%, way more than the slim wedge of majority votes that decided the U.K.’s future. She’s already threatened another Scottish referendum for independence from the U.K. if the British (or should we say, “English”) parliament tries to force unacceptable measures on Scotland over Brexit. Sparrow Chat would be fully supportive of an independent Scotland. The, then, English/Welsh government would find itself much weaker without Scotland’s economy.

Given the recent ruling in the High Court preventing May from triggering Article 50 without a parliamentary vote, and May’s quick decision to appeal that decision in the Supreme Court, Nicola Sturgeon has seized the opportunity to demand that The Lord Advocate, Scotland’s most senior law officer, be heard in the case:

The Scottish government had legal representatives observing the case, and later said it was considering whether to become directly involved when the appeal is heard.
Confirming that it would seek to intervene, First Minister Nicola Sturgeon said she believed Scotland should be treated as an “equal partner” in the United Kingdom.
If the Supreme Court was to allow the Scottish government’s intervention and ruled against the UK government, it could mean there would have to be a vote on Article 50 in Holyrood as well as in Westminster.
Ms Sturgeon stressed that she was not attempting to veto the process of England and Wales leaving the EU. But she said the “democratic wishes of the people of Scotland and the national parliament of Scotland cannot be brushed aside as if they do not matter”…
…Ms Sturgeon has pledged to do all she can to protect Scotland’s place in Europe, and to maintain its membership of the single market. [1]

It would seem there’s at least one politician left on the world stage who is still prepared to represent the people, and not the huge conglomeration of big businesses lobbying U.S. and U.K. politicians for a major portion of a democratic process they’re determined to destroy.

As the voting for the 45th President of the United States finally draws to a close today we’re left with only one certainty: after this election the American people will not find in their new president someone who has the slightest interest in their welfare, or those of the generations who follow them, although in keeping with the present incumbent, a silver tongue and persuasive manner may well kid them into believing otherwise.