Today, NATO handed over responsibility for the security of the whole country to Afghan security forces.

Afghanistan’s puppet president, Hamid Karzai, announced the Taliban would be able to stand for office in forthcoming elections. 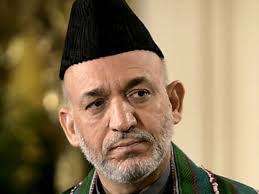 In 2001, NATO forces invaded Afghanistan to defeat the Taliban and drive them from the country. In excess of 27,000 lost lives and 40,000 wounded later, the Taliban are to be offered seats in the Afghan government.

According to western politicians and NATO commanders, much progress has been made over the last twelve years. They refrain from detailing said progress.

Perhaps, in their minds, 67,000 lost and ruined lives is their definition of ‘progress’.

2 Replies to “Afghanistan: The West Has Decided It’s Won”