What can be done about Texas? Suffering it’s greatest drought in history, the majority of Texans still believe God’s in charge of the weather, and eventually ‘things’ll get better’. 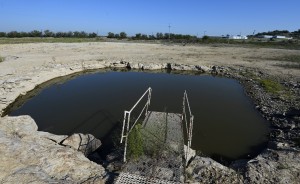 Here’s a statement from the Texas Commission on Environmental Quality (TCEQ), in charge of guarding the state’s air and water, following the latest (2014) report on climate change:

There has been no significant global warming in more than 15 years, although carbon dioxide levels continue to rise. It is clear that the science of global warming is far from settled. Regulatory policy cannot be set without firm guidelines and the proven cause and effect that would dictate policy.”[1]

At best, this can be described as 2,600 year old thinking -roughly the age of Old Testament writing. At worst, it’s a whole bundle of folks totally out of touch with reality and best confined somewhere where they can do no harm to their fellow beings. Perhaps Texas is as good a place for them as anywhere else.

This ‘head in the sand’, ‘God’ll sort it out’ attitude isn’t confined to Texas, of course. It’s just more prevalent there than anywhere else in America. Neither is it really true that Texans expect God to sort out their environmental problems for them. It’s more to do with Texan super-egos believing they have a right to expect the intervention of a Divine Power, even greater than their own, when matters get out of hand and even a Texan can’t handle it without help.

HBO’s show, ‘VICE’[2] this week highlighted not only the drought in Texas, and the population’s belief God had simply taken a vacation and would soon return to put matters right, but yet another example of international greed ruining lives and creating mayhem in distant parts of the planet.

Papua New Guinea doesn’t get much media attention in the West, so when Exxon-Mobil goes marching in there and turfs the locals off their land, while promising them big money and transforming the jungle into another New York, it hardly hits the headlines. After all, with the national crisis erupting around L.A. Clippers’ owner Donald Sterling not wanting his girlfriend flaunting her black amours in his face during his team’s basketball games, and an NFL player kissing his boyfriend in full view of American TV audiences, what chance have the goings-on in Papua New Guinea?

Thankfully, we have programs like ‘VICE’ to highlight the injustices with which this world seems overwhelmed, and Exxon-Mobil certainly creates its fair share.

There’s a plethora of natural gas, and other energy-rich goodies, under Papua New Guinea. Exxon-Mobil has not only become adept at dragging it to the surface, but in bribing government officials to turn a blind eye while they destroy the environment, trick locals into leaving their lands with promises of big money and a better life – promises that never attain fruition – and eventually leave in their wake a civil war that tears the country apart. 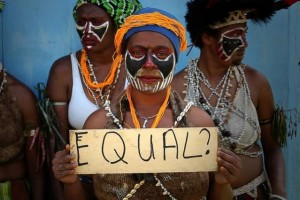 It’s a view of American corporate greed at its worst, but there’s a wealth of similar examples all over the globe, even back in the old US homestead, with fracking now commonplace and earthquakes, water pollution, sickness, and death the unfortunate result. Still, we can’t do without our cheap energy, can we? Though, it may turn out to not be quite so cheap in the long-term.

A far more ‘civilized’ example of US corporate incursion is presently on the cards in the UK, as that wondrous purveyor of magical elixirs, Pfizer Pharmaceuticals, makes a hostile takeover bid for the UK drug company, AstroZeneca. The move will prove a tax haven for Pfizer, saving that corporate millions (possibly, billions?) of dollars.

Pfizer’s Chief Executive Ian Read has promised not to cut jobs at AstroZeneca, stating he’s a “man of his word”. History warns us there is no such thing as, “a man of his word”, in the land of Corporatopia, where money dictates and ethical principles were long since thrown out the window.[3]

There was a time when the rest of the world considered Americans ‘a bit eccentric’. They’d roll their eyes and grin sheepishly at the thought of meeting anyone from the ‘New World’. Now, that’s all changed. America is considered a pariah by much of the civilized world. Governments still bow the head and bend the knee to the ‘Mighty Power’, but ordinary folks are a bit more savvy as to America’s role in the decline of living standards and moral integrity permeating other nations on the planet.

While Texans still stubbornly believe their uniquely American God will eventually answer their prayers, the rest of the world has given up any belief in America the nation as its savior, and now views continuing allegiance towards this ‘deity’ as an empty dream resulting in a downward spiral to oblivion.

Unfortunately, while it may be possible to confine Texans to Texas, confining Americans to America is no longer feasible. ‘America’ is synonymous with ‘corporations’, and corporations are advancing across the globe like the Orcs of Mordor, swallowing up civilizations, destroying cultures, devastating the environment. 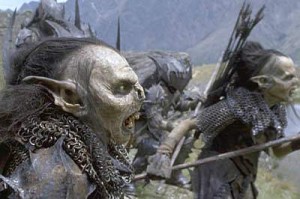 4 Replies to “What’s To Be Done About Texas?”