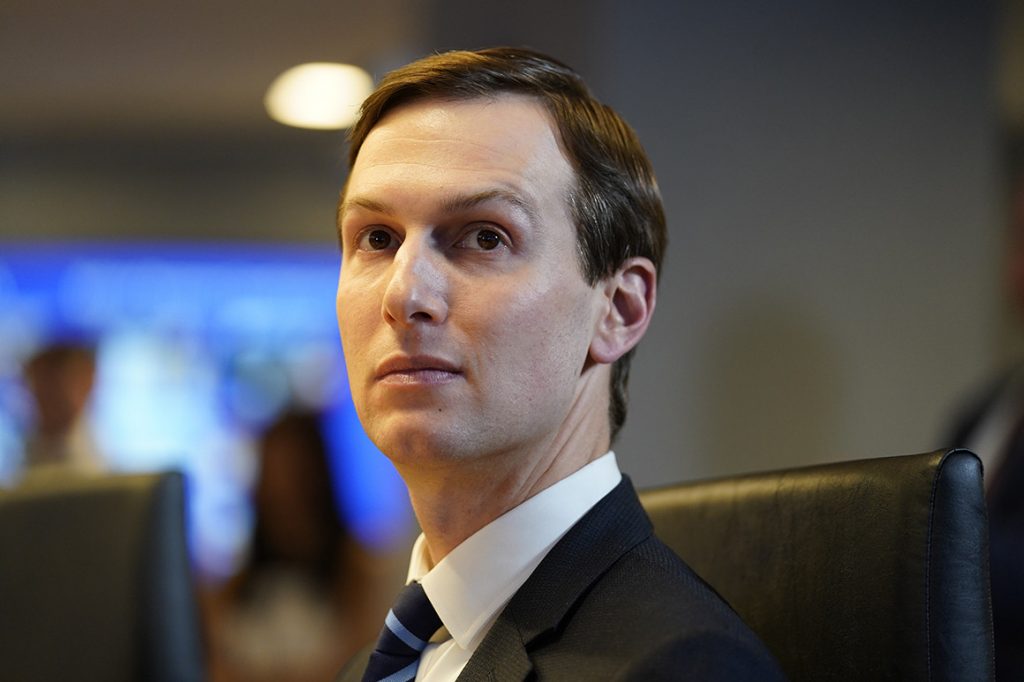 Today we hear how Donald Trump has called forth his sociopathic son-in-law, Jared Kushner to the daily ‘coronavirus taskforce briefing,’ with the brief to:

“Break down every barrier needed to make sure the teams can succeed.” Guardian

Kushner told reporters Trump was concerned about the supply shortages and had only heard about them that morning from “friends of his in New York.”

It’s somewhat strange that Donald Trump should be so ill-informed about the supply shortages, when only yesterday the Guardian newspaper led with the headline:

One of the sad things about social media has been the ability, by those who wish to make use of it, of lying through one’s teeth, often stating the most outrageous untruths, knowing that while many will recognise them as such there will be a hard core of brain-dead individuals who simply take it at face value and spread the word around the internet.

Right-wing radio ‘jocks’ in America have been using this tactic for decades. People like Rush Limbaugh, Sean Hannity, and of course, Alex Jones with his infamous website, Infowars, have used this media to spread fake news and disinformation nationwide. The advent of the internet and social media like Twitter and Facebook (plus a whole torrent of others grabbing the lucrative slice of advertising revenue that goes hand-in-hand with these sites) has really opened up the floodgates for this right-wing poison to pour through.

Jared Kushner is expert at telling lies. He does it all the time, just like his father-in-law.  It’s so blatant that no-one with any cognitive skills would believe it for an instant. Sadly, decades of a US education system gradually stripped of funds, good teachers, and with school buildings left in serious disrepair, has left large sections of the American community seriously lacking in the ability to think for themselves. They have become pawns of the radio ‘jocks’, the fake news pundits, and even of the President of the United States himself and his dysfunctional family and hangers-on, who continuously desecrate  the Office they pretend to honour.

Kushner, it seems, is to usurp the responsibilities of the Vice President Mike Pence, only recently charged with taking control of the coronavirus outbreak.  Despite much denial, it would seem that yet again Trump is reverting to what he knows best, removing folk who don’t perform to his satisfaction. Or, maybe it’s just another way of absolving himself from any responsibility. It’s always been Trump’s modus operandi: never his fault, never his failing, always down to someone else.

The truth is he’s always been an abject failure. How many bankruptcies? Not his fault, of course. We learned from Michael Cohen, once Trump’s personal lawyer, that on Trump’s instructions:

“…he had sent letters to Trump’s high schools, colleges and the College Board (creator of the SAT), threatening them with legal action and jail time if they ever released Trump’s academic records.” Forbes

Trump lied when he insisted he “graduated first in his class” from the Wharton School at Pennsylvania University In fact, he wasn’t even close and graduated without honors. His father was an extremely wealthy and powerful New York figure. It’s likely money greased Trump’s path into Penn State.

So, perhaps, in reality Trump himself has been a victim of the sad demise of good educational standards in America. Though, in his case, he had the opportunities, just never took advantage of them. His academic record was abysmal and, according to those who knew him at the time, his attendance at college was minimal.

Hardly a great resumé for a future leader of the free world.

Still, Jared Kushner is obviously a smart lad, so maybe he’ll be able single-handedly to bring the coronavirus epidemic in America to a rapid end. After all, he did solve the Israeli/Palestinian crisis in the Middle East all on his own – didn’t he?

2 Replies to “The Chaos Of A Lying US President”