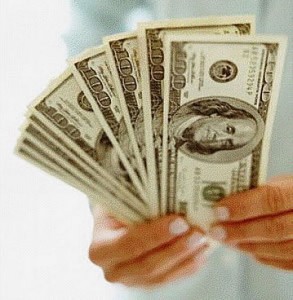 Is anyone else out there perturbed by the latest fad employed by the wealthy to amuse themselves? I’m referring to certain, well-healed, individuals hiding sums of money in various parts of the country, then using social media to present the common plebs with clues where to find it.

This little game began in the US, but has now spread to Britain. It’s been picked up by the national media in both countries, who seem to think it’s a great prank, and bundles of fun for all and sundry.

Have the ordinary people of both nations totally lost pride in themselves that they’ll go scrabbling about on their hands and knees for the amusement of some anonymous billionaire?

One sad fact is that the people who might truly benefit from this surplus cash are the very people who have no chance of finding it. The destitute and homeless don’t have access to social media. They’re lacking the accoutrements of smart phone, laptop, or tablet. None of these things are capable of informing them where particular dumpsters are located with the least contaminated stale crusts or restaurant leftovers. They have to work it out without technological aid.

Perhaps, if the person with all this surplus money were to place it in such receptacles, where the truly needy might find it, he or she might actually do some good. Unfortunately, they wouldn’t then have the smug pleasure of seeing this ‘act of philanthropy’ displayed across their big screen TVs.

As it is, the finders are generally middle class socialites who’ll no doubt spend their ill-gotten gains down their local bar, while recounting to bored friends – only there for the free drinks – how they were clever enough to discover it.

Are the rich really so bored with their private jets and Lamborghinis that they must resort to this puppetry of the peasants for amusement? Perhaps so. After all, it’s said that money doesn’t bring happiness, and there’s ample evidence of that in virtually every glossy magazine on the news stand.

[1] “Free money hidden in cash-filled envelopes in Plymouth city centre – can you find them?” Plymouth Herald, May 31st 2014