I’ve been using Twitter and Facebook for almost a month. I’ve always had strong reservations about both platforms and my experiences over the last few weeks have done nothing to quell them.

Facebook, as evidence has shown, is at the forefront of data mining. Its involvement, whether through direct access or just being irresponsible in securing its users’ data, has become common knowledge thanks to journalists like Carole Cadwalladr of the Observer exposing the company Cambridge Analytica, billionaire financier Robert Mercer, and CA’s once Vice-President Steve Bannon.

In fact, I find the Facebook platform rather disappointing. It’s somewhat clunky and confusing, with posted items frequently disappearing. One gets bombarded with potential ‘friends’ one’s never heard of, and can seldom find anyone known to you in the past, though there are myriad ‘possibles’ one would never, ever, want to befriend.

Given that  its original intention was to keep people in touch with family and friends I guess the idea was worthwhile. Sadly, thanks to the world’s total obsession with advertising and materialism, it’s now become little more than a very efficient tool in the service of large corporations, and those who would use it for the sole purpose of perverting democracy.

Twitter is a totally different internet animal. In just a few weeks hatred, racism, nationalistic fervour, and left-wing/right-wing tribal feuding has dominated much of the content passing as ‘likes’ or ‘retweets’, or those I should ‘follow’, on my Twitter feed. I’ve found it nigh on impossible to permeate this mass of political and racist detritus and discover the sanity one assumes is struggling to survive somewhere deep in the forest of poison ivy that obscures it.

Violent emotionalism pervades Twitter. There is little rational thought to be had when all is right-wing or left-wing, fascist or white supremacist. When did we acquire ‘wings’ anyway? We act like cold-blooded, reptilian, pterodactyls… 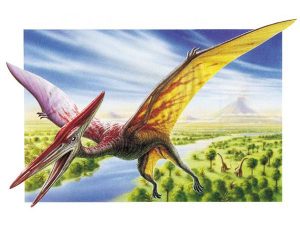 … swooping in and annihilating without mercy, egos humming to the thrill of conquest over yet another enemy.

Have we forgotten we are all human beings? Even Margaret Thatcher quoted, “Where there is hatred let us sow love,” though she didn’t exactly follow it through.

Migrants are prime victims of these trolls, and not just in America. The hate-swell against migrants is growing exponentially. In France it’s still fairly muted compared to Germany (the far-right has never forgiven Merkel for allowing one million migrants into their country), and of course British racism is alive and well thanks to that reptilian toad masquerading under the name of Nigel Farage, along with his cohort, prime minister Boris Johnson.

Migration will undoubtedly get worse due to climate change. It’s already a major cause of people forced to leave their homes and countries. The powerful and wealthy will continue to raise the nationalistic fervour of the masses against the poor and destitute. The ‘KEEP OUT’ signs…

…guarded by guns and soldiers, will multiply. The rhetoric of the Trumps, Johnsons, Farages, and many others of the politically powerful, will continue to foment bitterness and hatred among ordinary folk, setting them at each others’ throats without them even knowing how they’re being used.