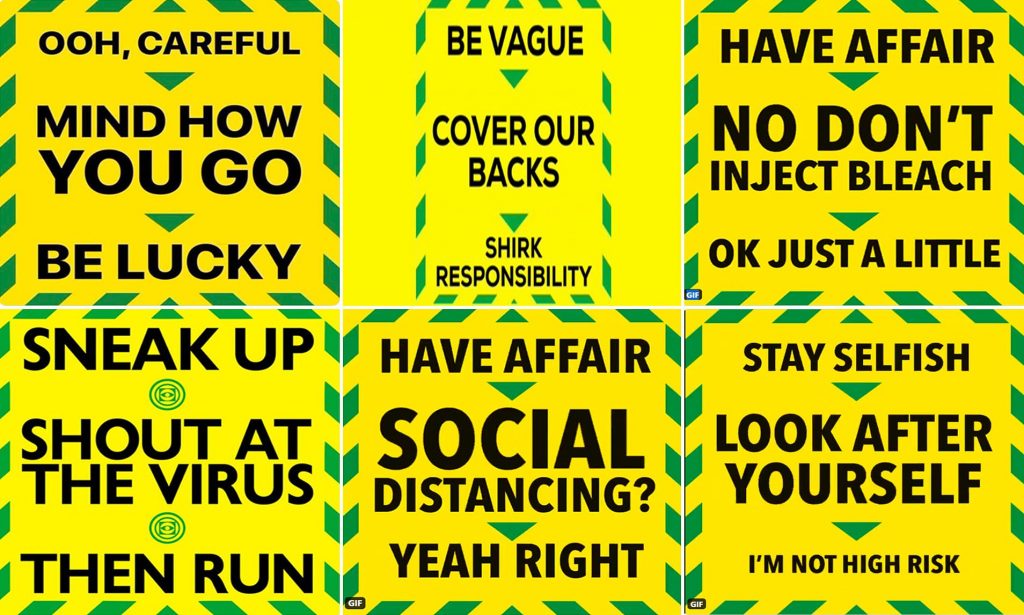 One of the most noticeable things to appear as a result of the Covid-19 pandemic is just how many of us even now are not taking it seriously. Only today we read in the Guardian of riots in the Netherlands, as over 150 people are arrested following violent disturbances in Amsterdam, Rotterdam, and many smaller towns throughout the country.

Most of these rioters were teenagers using social media to organise.  They seem oblivious to the thousands dying every day, and presumably are creating mayhem to show their disgust at the limitations on their freedom imposed by their governments attempting to combat the epidemic .

It’s not just teenagers showing their irresponsibility. For months, almost since the pandemic began, we’ve had reports of supposedly mature people ignoring lockdowns, curfews, and other rules brought in for their protection.

Beaches in Britain crowded on the first good weather weekends of the summer; families driving from London to Wales for a day out when they’re supposed to be on a tier 4 lockdown, and of course there was the sheer arrogance of Boris Johnson’s chief advisor, Dominic Cummings, who drove over two hundred miles with his family, from London to County Durham, when he should have been in lockdown.

In France and throughout Europe there have been similar bouts of bad behavior by all ages, egged on by that 21st century scourge – social media.

It’s all part of that phenomenon known as, “Fuck you, I’m alright, Jack.” We’ve become part of the American ideal that anyone can be a top dog if they only care about themselves and stab anyone in the back who gets in their way. It used to be called the American Dream, now more of a nightmare as the last four years have demonstrated.

When this phenomenon is expanded through social media it becomes the domain of the dregs of society, happy to spread dissatisfaction and rancour throughout the internet. They whip up fervour, and before long a riot, or other form of social disobedience, is planned. Dissatisfaction with the need to obey essential rules, culminates in the, ‘Fuck you, I’m alright, Jack’ phenomenon, an affirmation of the absolute right of the individual to flout the rules and do their own thing.

Donald Trump has gone, at least for now, but if there were ever a physical manifestation of the, “Fuck you, I’m alright, Jack,” phenomenon, it distilled into Donald Trump. His successful rise to the US Presidency in 2016 could not have demonstrated more clearly how human beings should never behave towards one another. In order to try and save his own position, he used his political power to egg on his blind-faith supporters and finally engineer the attack on the Capital Building in Washington, two weeks ago. His hope was it would bring down the government and he would take charge and impose his own dictatorship, just as others before him: Bolsonaro, Putin, Xi Jinping, etc..

In this world today, undemocratic,  dictatorial regimes are more prevalent than democratic nations.

There’s way to much, “Fuck you, I’m alright, Jack,” phenomenon in the world, and it’s spreading. In fact, it’s rapidly becoming, not so much a phenomenon as a normality.