Wouldn’t it be wonderful to live in a land where freedom reigned supreme and rules and regulations were minimal, leaving us free to enjoy ourselves as we wished, without fear of repercussions?

……She’s presently serving two and a half years in a British prison.

Driving a school bus in America gives an almost bird’s-eye view of other road users. It’s amazing what drivers get up to when they think no-one’s looking.

One particular activity occupying the minds and hands of Illinois motorists in abundance, requires no reticence or guilt whatever. It’s perfectly legal and is the pastime of many motorists navigating the morning or afternoon commute.

Perceiving drivers with one hand on the wheel and the other holding a cellphone to the ear, while driving around our local town, is almost the norm. So many do it, it’s difficult to decide if it’s them in the majority, or those of us sufficiently sane to pull over and stop, before making or answering that call.

Forty-two countries have laws banning the use of cellphones while driving (though some do allow hands-free sets). These include most of Europe, Australia, China, Brazil, Chile, Israel, Russia, Turkmenistan, and Zimbabwe, to name just a few. Many other countries (the statistics are for 2009) are in process of formulating legislation to outlaw the practice.[1]

The United States of America is not on the list.

Not all of the US is so irresponsible. It was Alistair Cooke, in one of his many “Letters from America”, who taught us that Suffolk County, Long Island, was the first place in America to pass a law making it a crime to use a cellphone while driving:

…..No exceptions – doctors, bus drivers, taxi drivers, nobody – and it’s a bill that has received national attention and will doubtless by copied far and wide.”[2]

That was back on January 1st 2001. New York followed suit within a year. In both cases, hands-free devices were exempted.

Sadly, it was a bill that was certainly not ‘copied far and wide’. Of the fifty-two states of the USA, only five have imposed bans on cellphone use while driving: California, Connecticut, District of Columbia, New Jersey, and the previously mentioned, New York. Some have partial bans in place, usually restricting teen use – as though adults are somehow better equipped to multi-task while driving. Most allow hands-free devices.

While some nations do differentiate between hand-held cellphones and hands-free devices, research has confirmed there’s really no difference between the two when it comes to killing and maiming people.

We’ve come to regard the drunk driver as a menace to society. Few of us would entertain sympathy for anyone who kills another human being while driving under the influence of alcohol. Yet, research strongly indicates that the drunk behind the wheel actually has better control of the vehicle than a sober person using a cellphone, or a hands-free device.[3]

This research is not new. It’s from 2006. So, why is it being largely ignored by legislators?

The reason is simple. Most Americans say they believe using a cellphone while driving is wrong, but those same Americans still do it. They believe it’s wrong for others to do it, but just like the drunk driver whose ego tells him he has the skill to drive under the influence, Americans believe they themselves, as individuals, are capable of driving safely while using a phone.

They are, of course, wrong. Accident statistics prove it, beyond any doubt.

People need protecting from themselves more often then they realize. That’s why we have legislation. Not only is it to safeguard us from the actions of the other fellow, it’s to protect us from ourselves.

No-one can say for certain how many lives are lost each year on America’s roads due to cellphone usage. What is known for sure is that it’s a lot. It’s now also been revealed that hands-free devices are no safer than ordinary cellphones, in their ability to distract drivers and cause accidents.

Nineteen year-old, Keisha Wall, is serving two and a half years in a British prison. She can consider herself fortunate. In Britain, the offense carries a maximum penalty of fourteen years behind bars. While driving her car, Wall glanced down at her cellphone to check a text message she had just received. 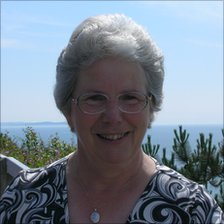 …was the woman she killed while doing so.[4]

One Reply to “Lethal Weapon”